Take the Would you Survive the Black Plague Quiz.

During the black plague large portions of the population of Europe were decimated in the time of the renaissance. By some estimates 50% of the population died.  Rats and poor sanitation spread the disease. Take the Would you Survive the Black Plague Quiz to find out if you’d make it or become bones in the catacombs. 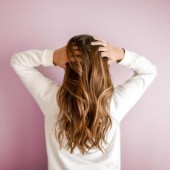 What Costume Should I Wear to the Renaissance Festival Quiz

Which wife of Henry VIII are you?

Which Pirate Are You? Take the Pirate Quiz!

What Station Would You be in the Renaissance?